Both companies sell by the millions each year and both are highly lauded for their high end products from a variety of different lifts. This year, here at JMC we’ve already sold dozens of Challenger Lift’s LE10 Versymmetric 10,000 lb. 2 post lift but we’ve also sold dozens of Bendpak’s XPR-10 Dual-Width 10,000 lb. 2 post car lift which brought us to ponder on which of the two companies makes the better 10,000 lb. two post lift. Some of you might have biased opinions on each company but for those that don’t we’re going to dig deep and look into both lifts so you can build your own conclusions.

If you’re new to the automotive repair world we want to take this time to give you a brief introduction to both companies.

45 years ago a man by the name of Don Henthorn began a company called Quality Machine & Associates that quickly garnered reputation for building high quality equipment and is now one of the world’s leading producers of lifting systems, pipe-benders and air compressors. These guys have basically been around since day 1 and have millions of followers on a global scale.

Just by reading the name you know these guys have to specialize in lifts and that’s exactly what they do. Despite only being around for 30 years (not as long as Bendpak) Challenger Lifts has seen rapid growth and also has a massive following. CL specializes in the design, manufacture and distribution of a line of high end car lifts, jacks and auto lift accessories in their 140,000 square foot manufacturing facility in Louisville, KY.

Challenger Lifts has started turning quite a few heads with their innovative Versymmetric Technology system. For those of you unaware this system was implemented on all of their 2 post lifts and it provides technicians with versatility to lift vehicles both symmetrically and asymmetrically within the same service bay. In layman’s terms, this is an exclusive technology that facilitates increased efficiency and revenue potential. 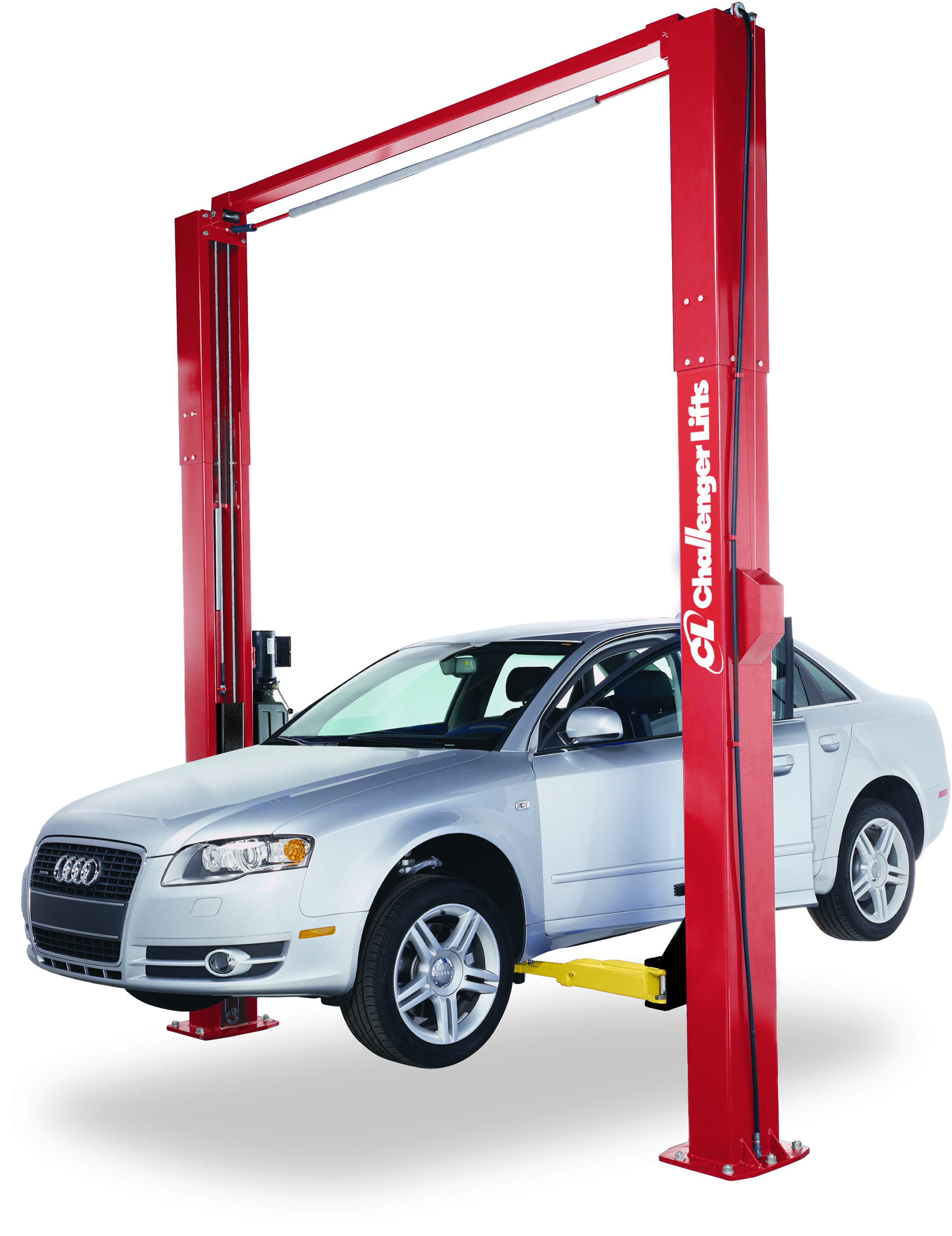 Another important characteristic is the pads that are used in the LE-10. They’re made out of a material similar to teflon that makes them longer lasting. Previously, these pads were made out of a lower quality material that in a matter of months had customers complaining.

It is manufactured to the highest Challenger standards and is ALI/ETL certified. This lift accommodates rigorous demands with its double telescoping screw pads, durable powder coat finish, plated arm restraints and pins. Note, it requires a minimum ceiling height of 12 feet. It is also important to note that this lift although it has a capacity of 10,000 lbs, was tested at 15,000. It is an OEM approved (original equipment manufacturer) product and in the top 5 best selling lifts in the Challenger Lifts lineup.

With the LE10 2 post lift you get features that ensure safe lifting which is more that can be said about budget manufacturers that deliver a similar looking lift but with half the benefits. The following are features worth noting on Challenger Lifts LE10.

Guess what guys, Bendpak has also implemented the versymmetric technology on their lifts which allows for easier lifting on a wider range of vehicles. The XPR-10S along with all of Bendpak’s lifts have the advantage that they come with truck adaptors included with your purchase while other manufacturers make you pay for this accessory. 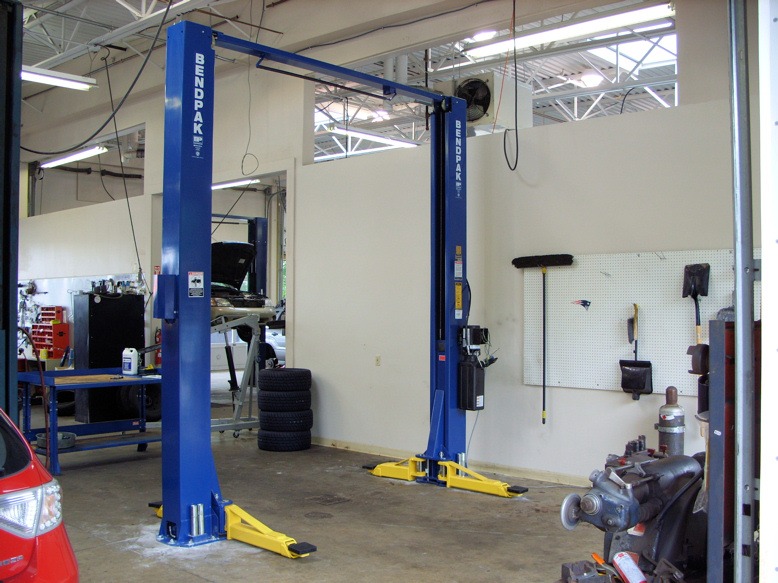 Bendpak’s XPR-10S is a bit wider than the LE-10 (but this can be both a good and bad thing for space reasons). It is also adjustable which makes it easier to fit taller or lower ceilings.

Right off the bat an important feature found in Bendpak’s XPR-10S is its adjustability which makes it an important piece of equipment for any garage or shop. The LE-10 is limited to a 12 foot ceiling height while Bendpak’s competitor can be accommodated to fit a higher or lower ceiling. The same can be said for narrow and wider installation set-ups.

Challenger Lifts offers a simple warranty on all of its equipment, 1 year parts and 1 year labor.

Bendpak’s lifts (2-post and 4-post) have a different warranty. Five years on equipment structure (to be free of defects in material and workmanship), power units, hydraulic cylinders along with all other assembly components. Bendpak will replace or repair at their option for the warranty period those parts returned to the factory freight prepaid which prove upon inspection to be defective. In layman’s terms, if your lift proves to be defective, Bendpak will pay labor costs for the first 12 months on parts returned.

In this industry choosing the right manufacturer can be tough when both seem to offer the same type of lift. It all comes down to reading the fine print and determining which of the two lifts can accommodate the needs of your shop or garage. They’re both high sellers here at JMC but when making an ultimate decision between two companies that offer a similar product in terms of quality, price and warranty I suggest giving us a call at 800-562-4791 to make your decision a little easier. Depending on which of the two is more knowledgeable and helpful, you should make your final decision.